Even with the (arguably) most important event of the Olympics overlapping with the start of the Re-Fridgee-Eighter, we were pleasantly surprised with a great turnout today! 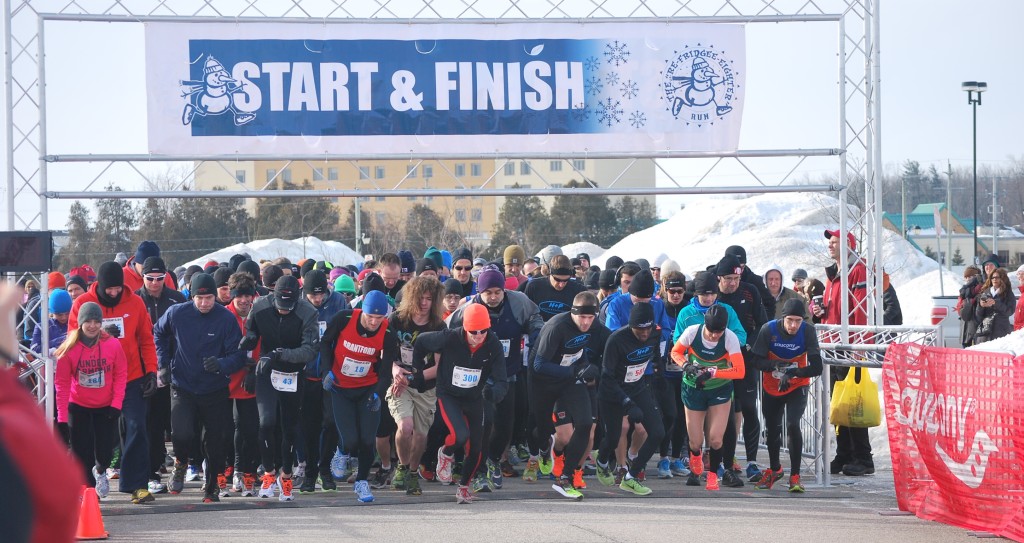 What a day! Just hours before the closing ceremonies of the 2014 Winter Olympics, Canada snagged one final gold medal, the one we all wanted most, and despite some strong winds the temperature was a balmy -5° here in Waterloo. The sun was out, enthusiasm was high, and the outcome was a fantastic day of racing – including some new records!
Gold Medal Game

With the big game finishing up just before 9:30am, many athletes found their regular warm up routine had to be modified today. A crowd of runners gathered at RIM Park, a couple hundred metres from the Re-Fridgee-Eighter start line, so they wouldn’t miss a minute of the action. Click the thumbnail for a quick video from Trish Benoit showing the crowd count down to gold!
Star Performers
Our Olympic success must have been contagious, because two new course records were set today! Elite Canadian marathoner Krista DuChene did not disappoint, as she dominated the field in the 8 mile race for an outright first place finish in the event, male or female, and a new overall course record. In the 8 kilometre event we had another elite Canadian distance runner make an appearance. Derek Nakluski set a course record of 25:35 to finish 2:21 ahead of second place.
Battle of Waterloo

The first race of the inaugural Battle of Waterloo is in the books! So far Sean Delanghe is leading the men’s field with a 1:31 cushion over Ryan Bartja. Tight race for second, though, with 5 runners finishing within 35 seconds of Bartja today! In the women’s race, Annika Nicholson currently has a 2:40 lead over the field. Full age group results are available here.

Congratulations to all our runners who finished the race today! A special congratulations to our winners: Nakluski (25:35*) and Nicholson (33:22) in the 8km, and Ahmed Ahmed (48:26) and DuChene (44:57*) in the 8mi. Health + Performance was victorious in the debut of the Open team category for both timed events.

Terrific shots from the course and finish line are available here. 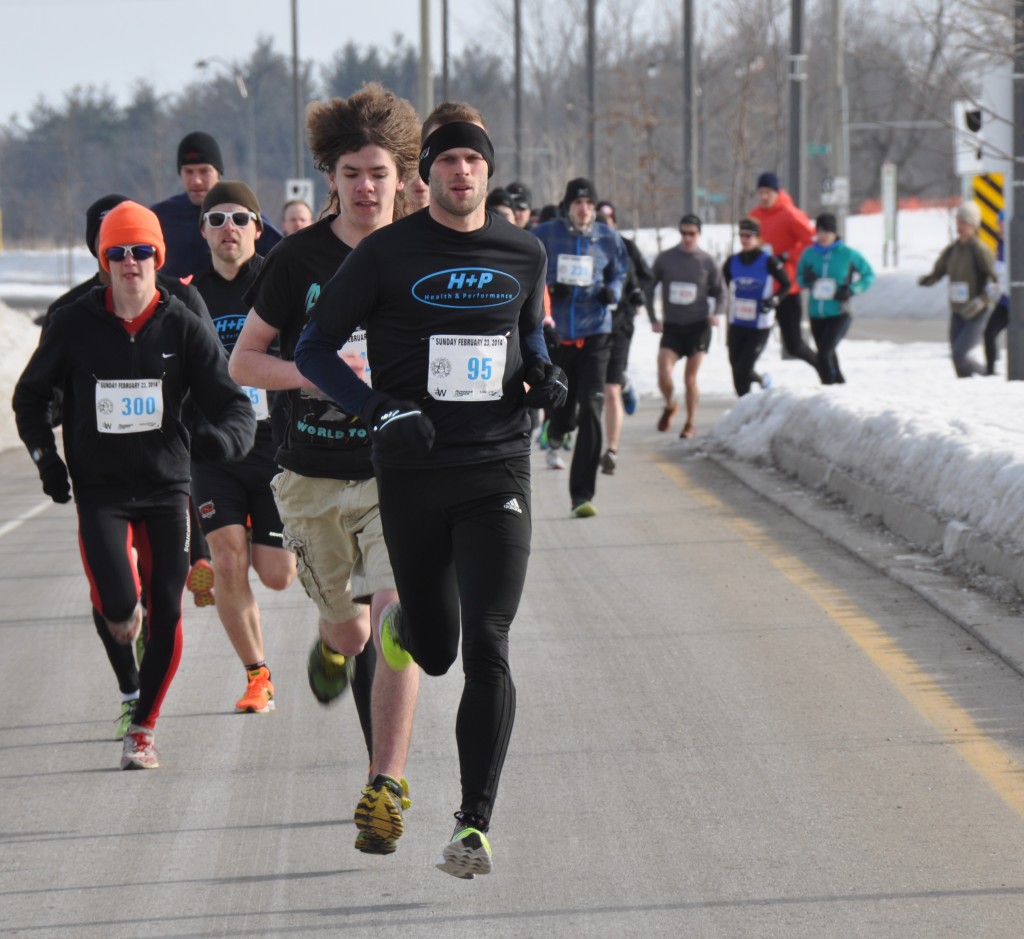 Join in the conversation at #ReFridgee8er