A great year of running ended on a festive note at the 6th annual Santa Pur-suit!

Thanks to all the Santas for coming out to the YMCA on a beautiful Saturday morning to celebrate the joy of running.

Funds raised: Pledges kept rolling in, and although we announced $3,400 on Saturday, the total is now up to $5,000 raised for YMCA programming! Thank you to all donors, especially top fundraiser Erika Miko!

Next year: As we mentioned at the event, this race is moving to November 17 next year, to run down Weber St before the Santa Claus Parade. It’s still going to support YMCA, and it’s going to be a blast!

Merry Christmas and see you again next year! Online registrations for memberships and 2018 events will be opening this week. 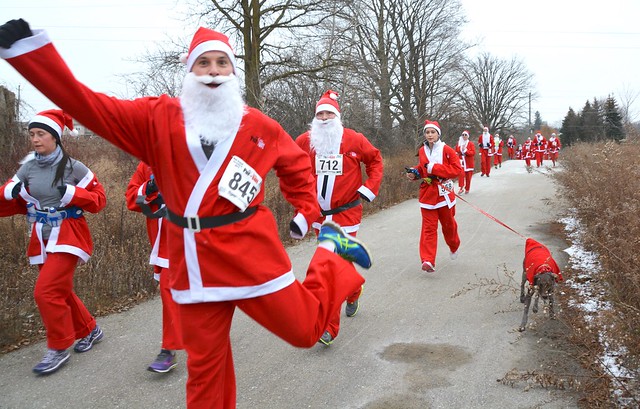