The newest event in the RunWaterloo family, Kitchener Kids with Cancer Run & Walk, is less than two weeks away. We’re excited to now announce the official 2016 course!

It’s great loop through history at Doon Heritage Village plus a stroll through a fantastic paved trail in Homer Watson Park. The route is almost entirely shaded and 99% closed to traffic.

Photos along the course 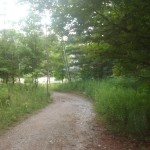 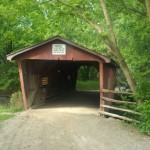 History and future of this course

This is the first year for this event at this venue. Previously, it was held at an urban location at the Grand River Hospital. We’re excited to take this event onto one of the great trail networks of Waterloo Region.

The plan for this event is to add a half marathon on the challenging and hilly dirt sections of Homer Watson park. Unfortunately this year, construction along part of the trail restricted our options for such a long event, so we’re focusing on the two shorter events for 2016. We hope you enjoy the course as much as we do!

More about this event

In its third year, the Kitchener Kids with Cancer Run was founded by local pediatrician Jodi Rosner BSc, MD, FRCPC to raise money for to support childhood cancer through Pediatric Oncology Group of Ontario (POGO). It’s a great event, great charity and great trail system. Join us on August 28!