A major change for 2016 is an increase in prize money offered at Waterloo Running Series races. Prize money will now be offered to the winners of eight events across five of our races, for a 100% increase in total available prize money.

In total, at least $7,200 in prize money will be awarded at Waterloo Running Series events (this is separate from the $3,500 awarded at The ENDURrun). The 2016 breakdown is as follows:

These two factors will result in more competitive races that will improve the overall event experience. The strengthened fields and increased excitement will be felt by participants, spectators and volunteers alike. Prize money is a small fraction of the total amount that we spend on the comprehensive race experience for every runner. Runners will also notice other, more expensive changes, such as sublimated shirts at some races, which have a tangible value to all runners. 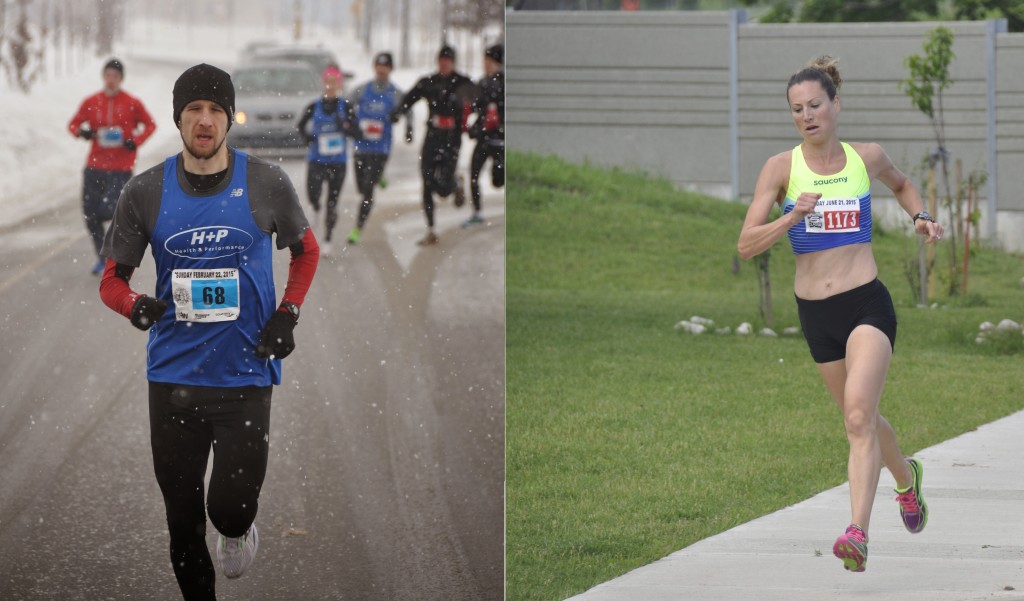 This new prize money scheme affects local aspiring elite runners like Adam Hortian in a very real way. Adam has won Waterloo Running Series races with prize money four times: twice at the Oktoberfest Run (5KM in 2011 and 2012) and twice at the Waterloo Classic (5KM in 2012 and 10KM in 2007). As someone who is a contender for a share of prize money this year, Adam has this to say:

“As an aspiring elite, I can only run at a peak level of fitness for so many efforts within the course of a season. The Waterloo Running Series adding and increasing prize money offers external motivation to continue training at a high level and sends a strong message of support for our local runners.”

Fastisfun has entered a very competitive team to the Re-Fridgee-Eighter in 2016, which includes the talented Erin McClure. Like Adam, Erin has also earned prize money as a Waterloo Running Series race winner four times: at the Oktoberfest Run 5KM (2009 and 2014) and Waterloo Classic 5KM (2014 and 2015).

Erin is also excited about this change: “It is refreshing to hear race directors valuing the efforts put in by elite and sub elite runners. The Waterloo Running Series is a fantastic series that has been entrenched in Waterloo’s community for decades. When I select my races for the year I definitely consider the prize money, awards in addition to location and date. Any extra prize money to help us fuel and care of our body to help us achieve our goals is a welcome perk to doing what we love…running and reaching our distance and time goals.”