Thanks to all who supported the Kenyan Kids Foundation Canada tonight at the pre-race pasta dinner before tomorrow’s Harvest Half!

This is an important fundraiser for this charity, based in Wellesley, that does great work in the Cherengany region of Kenya. The night, hosted by Chair Blair McKay, featured a great meal, a silent auction and a video greeting from Founding Director Tarah Korir, but the clear highlight was the guest speaker.

KKFC co-founders Tarah and Wesley Korir know Lanni Marchant well, from their days of varsity competition in Kentucky to training encounters in Kenya. Lanni spoke highly of the sense of community that connects Waterloo and Cherengany, calling the support “mind-blowing.” Lanni described the support she has received from various sources in Canada, and is passionate about the empowerment that the Kenyan Kids Foundation Canada is having for Kenyan youth.

Lanni Marchant is the Canadian record-holder for the marathon and half marathon, and in Rio she became the first Canadian woman to double in the 10,000m and marathon at an Olympic games. Thank you for sharing your story and inspiration. 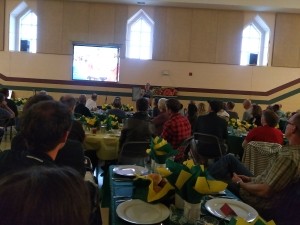 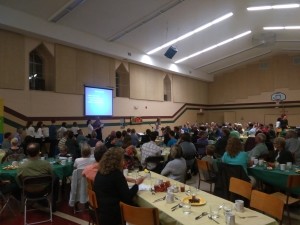 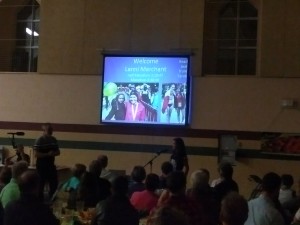 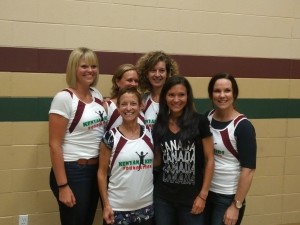 Tomorrow’s Harvest Half is another important fundraiser for Kenyan Kids Foundation Canada. Hope to see you there!