Is pain slowing you down?

As you read this (as long as you are reading it in the first full week of May, 2015), a local runner named Charlotte Vasarhelyi is trying to conquer a 6-day running event.  The premise of the event is simple: ignore your brain and its valiant efforts to slow you down and keep running.  Do this for 144 hours straight.

While many of us will never pursue the 6 days of pain that Charlotte seems to thrive under, we all could still learn a lot from her ability to psychologically conquer the impulse to slow down.  Back in 2013, I wrote an article for Canadian Running taking a closer look at Charlotte along with general coping mechanisms runners possess and can develop to beat pain and its maniacal quest to slow us down.  The following is one of the drafts from the article: 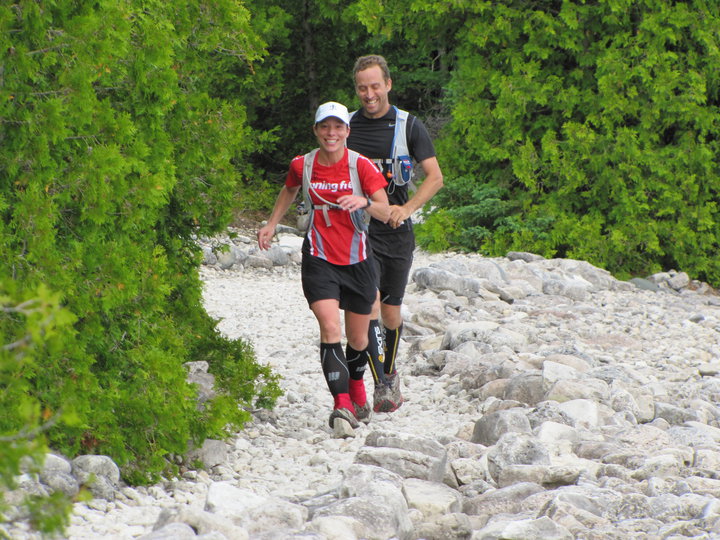 Running at the limits of pain

Can you run over 9 marathons in a year?  Maybe you can, but how about in 72 hours?

This seems impossible, yet Charlotte Vasarhelyi did it while competing in the 2012/13 Across the Years Race in Phoenix, Arizona.  Enduring pain that would be considered unbearably to most, Vasarhelyi posted an epic 401.44K throughout three days of running; good enough for a new Canadian record.  If that wasn’t enough, she did this all with a pinched nerve in her back, sending shooting pain down her leg for much of the event.

The pain probably should have stopped Vasarhelyi, but don’t tell her that.

“After feeling so much pain over the years, you simply don’t register it anymore,” explains Vasarhelyi.  “I have been doing this for 15 years.  If my body registered every little ache, I wouldn’t be able to do what I do.”

Why does Vasarhelyi consider the pain she felt a “little ache” when it would be too much to handle for most?  Does her body just not generate pain like us mere mortals?

There is clearly a balance between the body and mind that tells us to slow down and sometimes quit.  Yet with performances like Vasarhelyi’s, one has to wonder if we have been underestimating the power of the mind.

Scientists have established that the magnitude of pain we feel is processed in the limbic system (the emotional part of our brain).  Depending on the state of that emotional centre, the same pain signal may generate totally different pain experiences.  Researchers have shown that factors such as being afraid or stressed, focusing on pain, and anticipating painful experiences can significantly increase how much pain we feel without changing the stimulus. 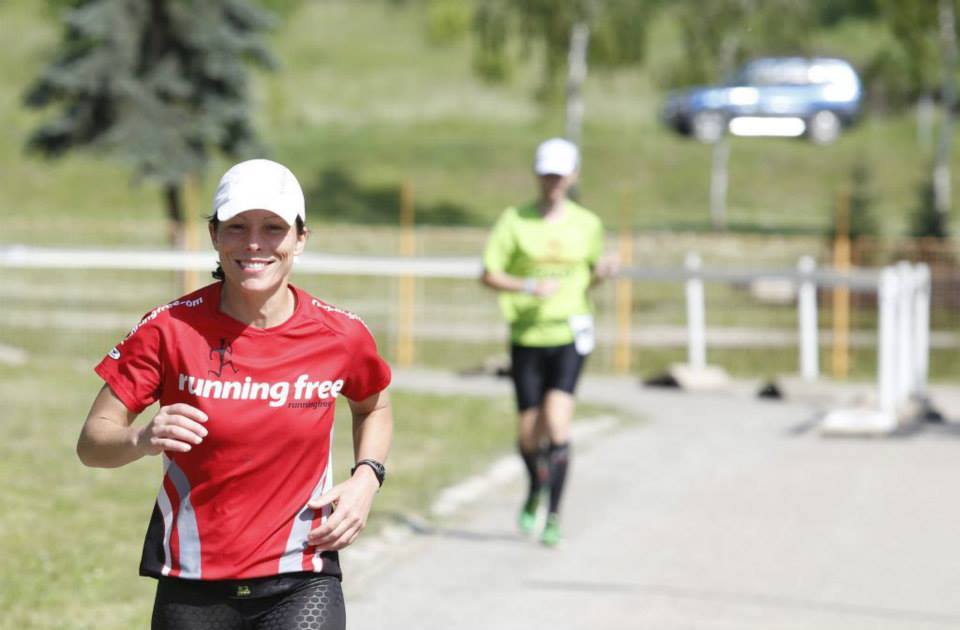 For instance, one 2001 study looking at burn-victims showed that the use of virtual-reality video games drastically reduced the pain they experienced during excruciating recovery procedures.  There was no change to the pain stimulus; the brain was simply distracted, and therefore less pain was felt.

The same trends can be seen with athletes’ pain levels and their associated performance.  A 2010 study showed that the use of the painkilling drug, acetaminophen, resulted in a 2% increase in cycling performance.  The acetaminophen did not impact the body’s physical ability to perform, it simply masked some of the pain, and as a result the athletes went faster.

In fact, researchers are now realizing that athletes generally have a greater ability to endure pain than the average person. A recent study published in the journal Pain showed that athletes have the same pain threshold (i.e. pain is felt at the same stimulus intensity) as the general population, but have a much greater pain tolerance.  In other words, athletes still feel the same pain; they are simply able to cope more effectively.
So if athletes can cope better with pain than the general public, is it possible for certain athletes to cope better than other athletes?  Dr. Kim Dawson, a professor in sports psychology at Wilfrid Laurier University, says yes.

“There is a psychological profile [of an athlete who] is able to productively cope with pain, and an athlete who cannot,” explains Dawson.  She says characteristics of a psychologically well-adapted runner include the capability to view pain as a positive manifestation of physical exertion, as well as having a strong ability to separate impulse and reaction.

Fortunately, these are skills that can be learned. “You can develop and improve your coping mechanisms with coaching and practice,” says Dawson, who has worked on these types of techniques with a number of elite distance runners on the Canadian Olympic team. 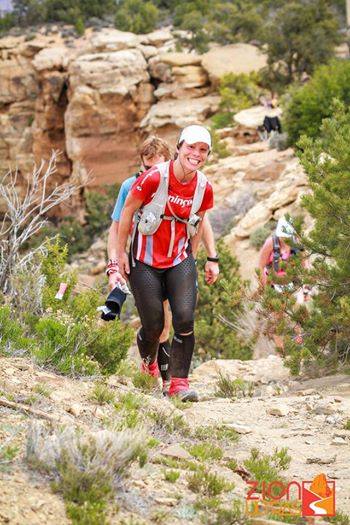 With digging deeper into Vasarhelyi’s psyche, it quickly becomes apparent that her mind is littered with an array of these pain-killing coping mechanisms.  For instance, when things get bad, Vasarhelyi has learned entirely on her own to separate her decisions from pain-driven impulses.  One strategy she uses is to count to 77, then 33, and then 77 again.  She will repeat this 6 times, and then re-evaluate to see if she actually needs to stop.  She never does.

Other than separating impulse and reaction, Vasarhelyi possesses a number of other skills that Dr. Dawson develops with her athletes.  Vasarhelyi has learned to view pain as a sign of effort, rather than something detrimental.  Pre-race visualization of success is another strategy she uses to prime her mind for the challenges faced during a race.

These types of strategies are not only good for modifying the pain felt with exertion, but also with injuries. Experts in the field have consistently shown that injury pain is hugely dependent on what is going on psychologically, sometimes even more so than what we can see anatomically.  For example, studies have shown that chronic low back pain is more strongly correlated with factors such as anxiety, depression, socioeconomic class, and level of education rather than findings from MRI or radiographs.

In other words, the brain matters more than the body when predicting chronic back pain.  Even though Vasarhelyi suffered a pinched nerve, she was likely able to run through it because of her mental strength.

While our conscious perception of pain does impact running performance, it is quite important to realize that it’s not as simple as overcoming this pain.  In reality, our minds often trick us into slowing down before we even get the chance to feel discomfort.

For instance, studies have shown that when cyclists are placed in a hot environment, they will unconsciously slow down before their body temperature actually goes up.  It is simply the brain deciding to slow down the legs in anticipation of overheating. 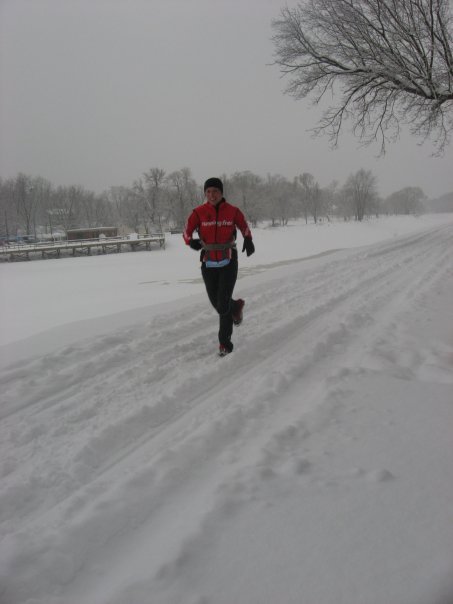 In a similar way, the mind can also unconsciously decide to make us go faster.  A new line of research shows that rinsing your mouth with a sugary solution will result in an increase in performance.  No sugar needs to be ingested; the brain just predicts that fuel is coming and tells the legs to speed up.

While learning to manage pain is important, what pushes us to slow down is very complex and extends far beyond a conscious decision to positively react to pain.

It should be no surprise that Vasarhelyi does not plan on stopping anytime soon, and will continue to pursue the 6-day national and even the world record.  Vasarhelyi seems psychologically primed to reach these goals, and Dr. Dawson agrees.

“She has developed some serious psychological mechanisms that work for her, and that allow her to be very good at what she does,” Dawson says.

With her self-developed skill set, it is evident that Vasarhelyi’s mind will not be the weak link, and she should have no problem running at, if not beyond, the limits of pain.