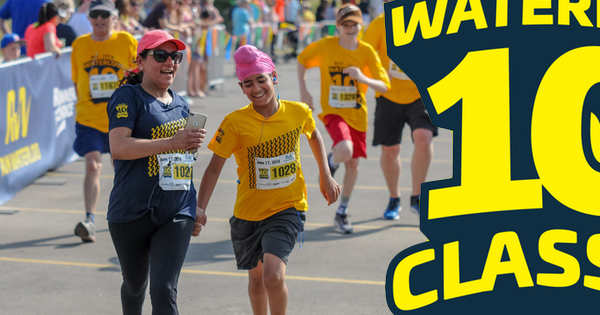 The Waterloo Classic is Waterloo Region’s oldest and largest 10k race. The Father’s Day tradition began in 1978 and is still going strong, bringing families and the running community in general together for a fun summer morning.

This race has it all: a strong and supportive community, live band, competitive field, great food, beer, and prizes, finisher medals, and much more. Since 2016, this race has been hosted by University of Waterloo Athletics, fundraising for the Women’s Sport Initiative Fund.

Participant can be on multiple teams. Participants must be in the same timed event to be counted on the same team.

This great course is pending approval for 2020.

It is every participant’s responsibility to know the course and the race assumes no responsibility for any missed turns. Each turn will be marshaled and signed. Courses are pending approval and may change with municipal needs.
Time limit: 10 minutes per kilometer. Starting at the half way mark of the 10k, if a participant does not reach a km mark by this calculated time, the participant will be asked to move to the sidewalk and finish the race as a pedestrian, unassisted by race support. Participants are asked to familiarize themselves with the course route if this situation might be a possibility to them. We wish to minimize traffic disruption caused by our event, and value the support of Police services regarding participant safety.

We are ecstatic about the 2019 shirt: a bold, sublimated design from our friends at Surge Activewear.

The first 1,000 registered participants receive this fabulous sublimated t-shirt, in the 10k/5k/3k only (not including 200m). 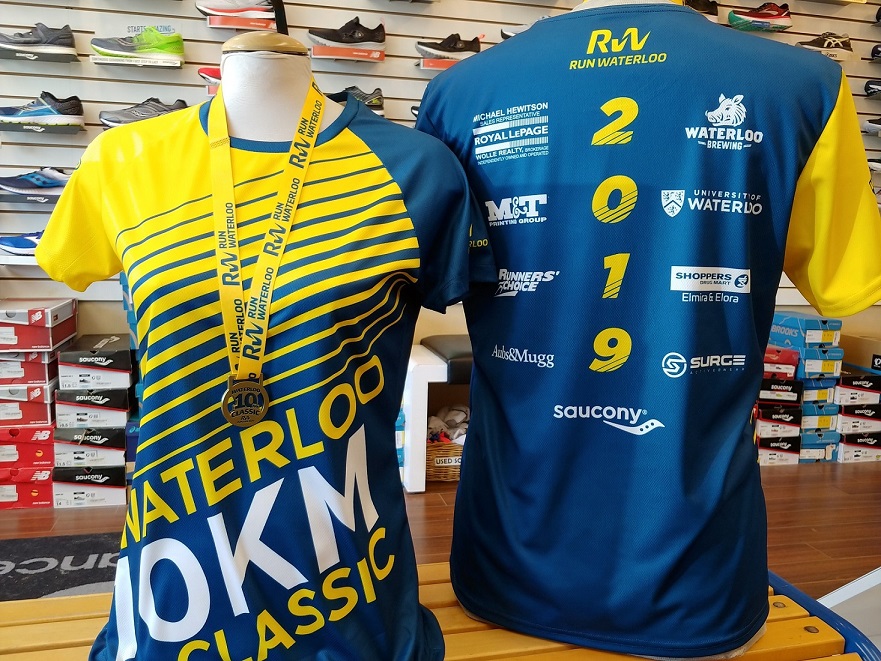 And all finishers earn a finisher medal (including the 200m). 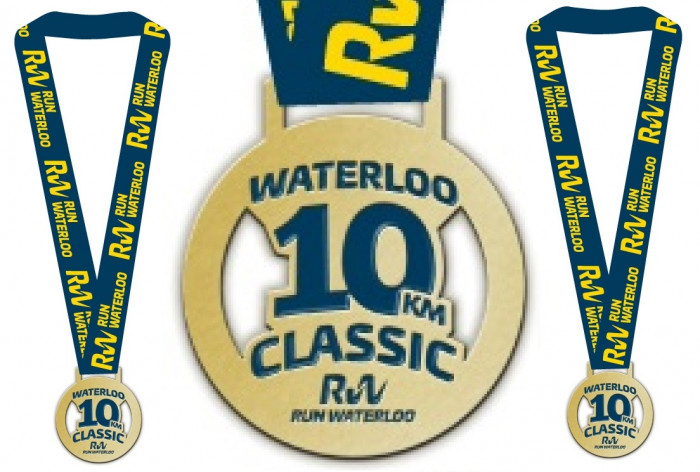 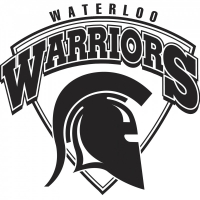 In its 42 year history, this race has supported dozens of charities. For the past three years, we have been lucky to collaborate with the University of Waterloo as both host and charitable partner.

This race is a fundraiser for the Women’s Sport Initiative Fund, as well as sponsors the Waterloo 10km Classic Cross Country Excellence Awards.

What’s not to love about this post race? Live band, great food, Waterloo Brewing, massage from KW Health Connection, and a vibrant atmosphere to cheer in your friends. Great draw prizes including Saucony shoes from Runners’ Choice and a t-shirt design quilt. Winners must be present to claim the prizes. Details subject to change for 2020. 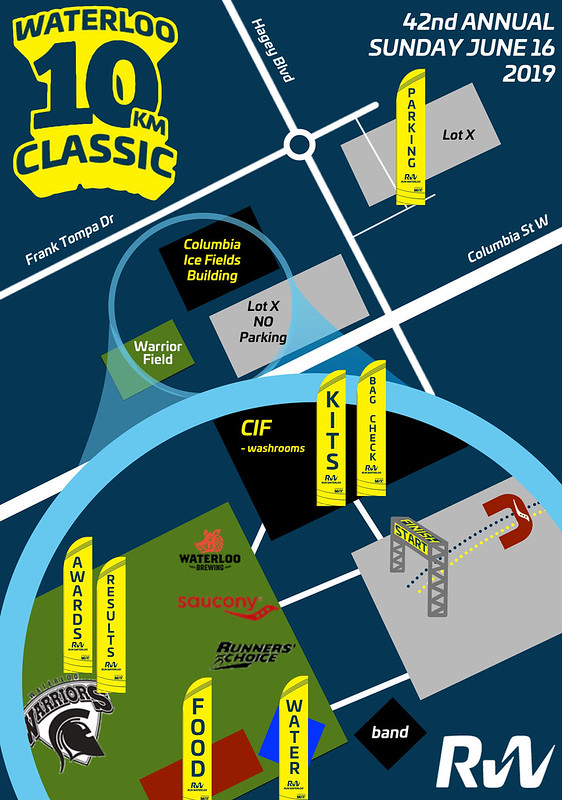 Run Waterloo would like to assist in breaking down barriers faced by runners with disabilities. In 2019, we created the position of Accessibility Coordinator, who will answer your questions regarding assistance, accommodations, and venue and course information. Contact Deirdre at [email protected].

We offer discounts for any guide runners. Please contact our accessibility coordinator at this email address for further information.

At Run Waterloo, we value elite and sub-elite athletes that contribute to strong fields. There are a limited number of elite entry spots available for this race. Contact [email protected] to learn more about our entry standards.

Run Waterloo events include hundreds or thousands of photos posted to our Flickr page, all free for download and use. They are also tagged directly to the results.

Its long and storied history is one of sporting and community tradition since the inaugural event in 1978. It was held at University Stadium (formerly Seagram Stadium) every year from 1978 – 2014 except for 2007, when it was displaced by turf installation. Since 2015, it has been displaced by LRT construction. We are currently sifting through the boxes of newspaper clippings and black & white photos to share these stories; for example, did you know that once in the early 1990s, it snowed?

Rich Hughson won the inaugural running in a time of 31:39. Through various course changes, the event record today is 29:46 by Paul Lockhart in 1985 (which beat his brother Greg Lockhart’s 1981 record by ONE second!) Jackie Mota holds the female record at 33:47 in 1997. Overall, we have seen 5 sub-30 times throughout the years, and with 5, Clive Hamilton holds the record for most victories.

One of our favourite stories comes from 1988, when two runners who would represent Canada in Seoul later that fall ran the Classic. Doug Consiglio (Canadian 1500m champion) and Peter Maher (Canadian marathoner) competed in the 10 KM. Of the two Olympians, who would come out with the win? Explore the full records here.