The ENDURrun is so much more than an annual running event, held in August in Waterloo Region. Here’s a primer on what to expect for the week.

The ENDURrun was born out of the love of running and the idea for a running event like the Tour de France. The resulting event incorporated many of the symbols of Le Tour like the stage theme, varied challenges, time trials, and the iconic gold jersey. Since 2003, hundreds of runners have taken the challenge “8 DAYS, 7 STAGES, 160KM” to earn the title “One Tough Runner.”

The event record was set in 2004 by Charles Bedley (9:37:38). Since the low watermark of 5 participants in 2006, the event has grown to a record field of 55 Ultimate competitors last year, plus hundreds more in the other divisions.

What makes The ENDURrun different 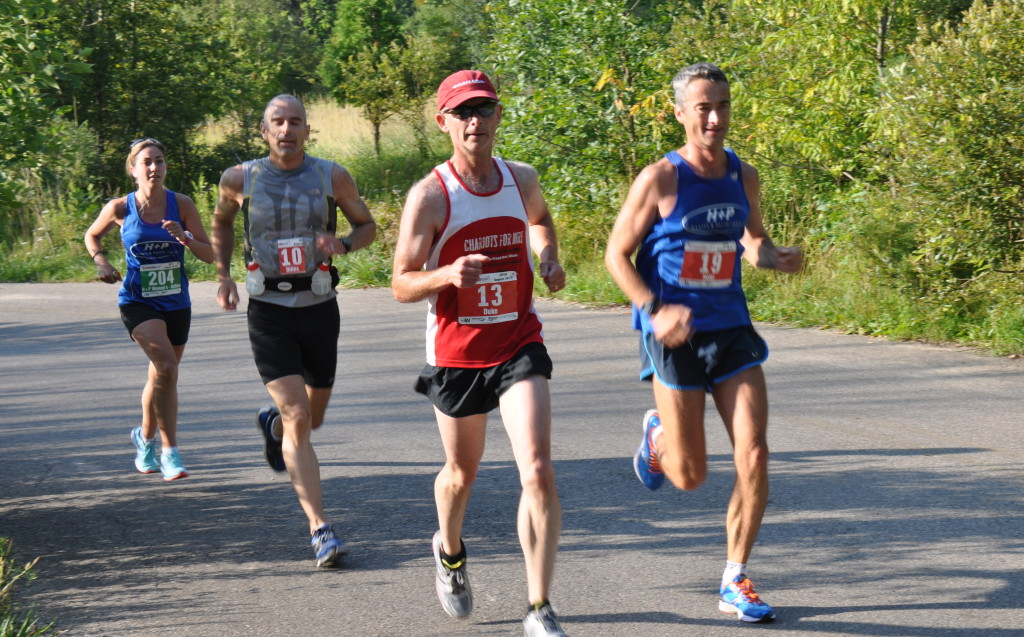 The ENDURrun is not just a race or a series of races. It occupies a unique space in the running community and has actually created it’s own small community of ENDURrunners. Check out this post from Paul Mora, which talks about this community from a runner’s perspective.

This is ENDURrun week! The first stage ran on Sunday, August 10, and races follow for the rest of the week. In a snapshot: 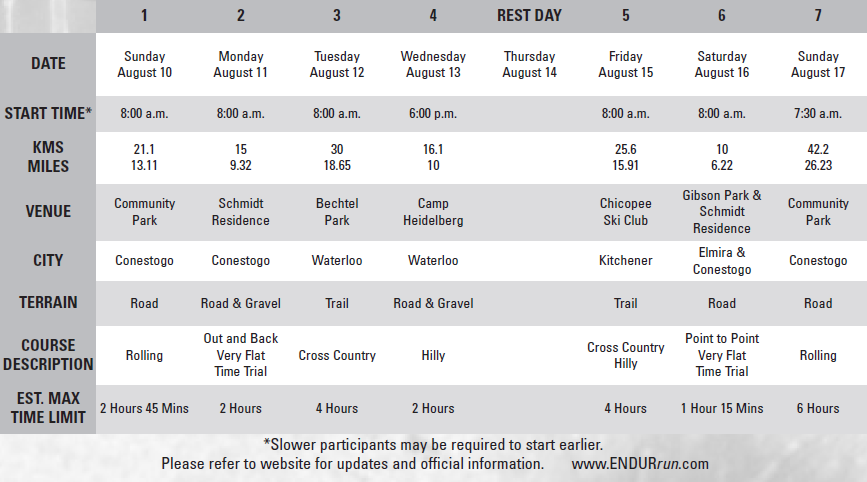 Here are the results of Stage 1. Winners Matt Leduc and Mindy Fleming are now leaders who start last in the Stage 2 Time Trial.

How you can get involved 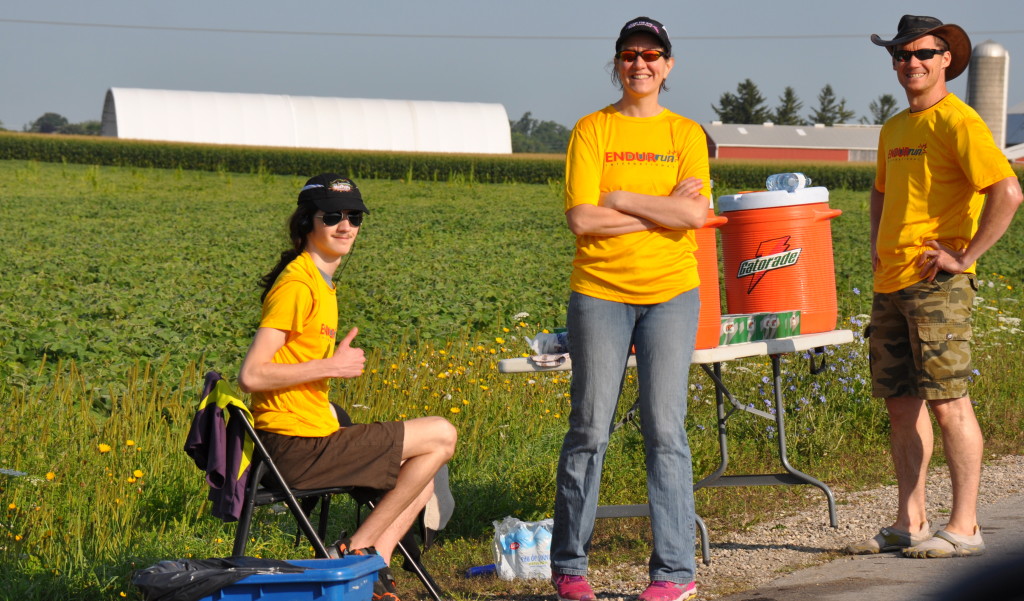 The ENDURrun is open to the public. If you aren’t running the Ultimate event (all seven stages), you can still get a taste by running any individual stage as a Guest runner (sign up online here). We are also still looking for volunteers; if you can help, let us know!