Congratulations to all athletes who competed in the 200m, 5k, 7 mile or sprint duathlon events at the Baden Races today! We would have been happier if the rain had held off until the afternoon, but overall it was still a great day for a race.

Over one thousand free photos are available on our Flickr site! 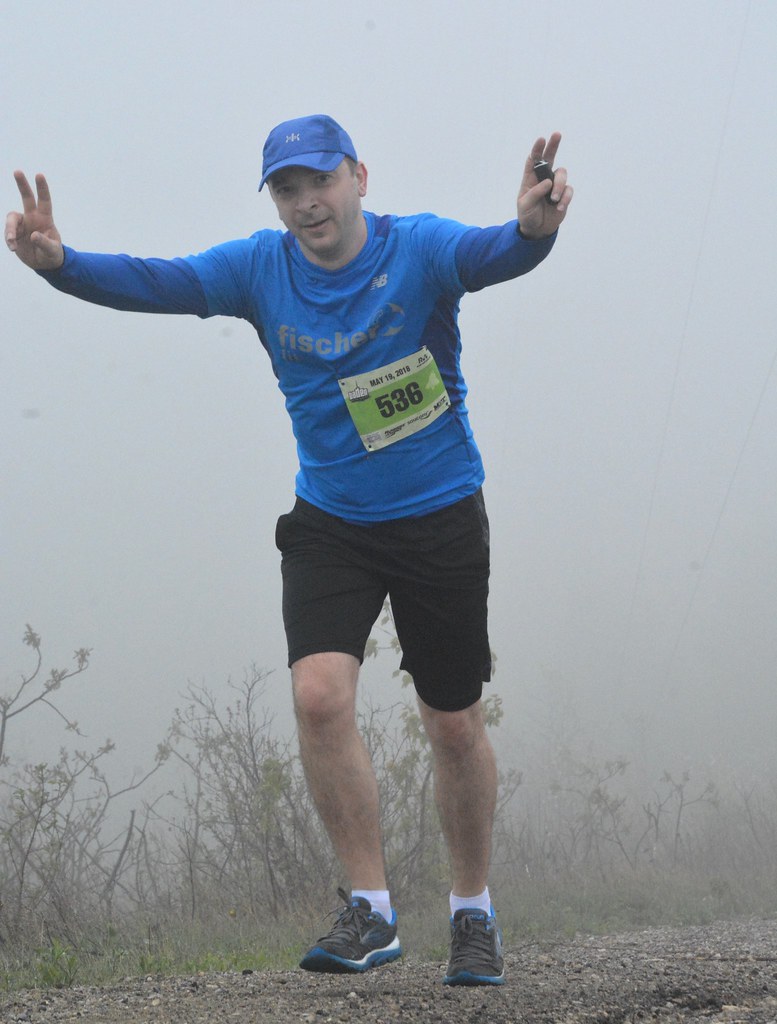 This was one of the fastest 5ks we’ve seen in Baden. Robyn Collins set new overall and masters women’s records with a strong 19:05 performance. Peter Pacak (18:15) also set a new men’s masters record. We also want to congratulate the members of Let’s start running, Wilmot! This group was out training every Wednesday for the last two months, and many of them are brand-new to running. Today they won the open team category.

The 7 mile also featured some top-end speed. Winner Joshua LeBlanc is the only person to ever complete this course faster than 40 minutes, setting a course record with his 39:59 performance. Second place finisher Aidan Rutherford also bested the previous course record today. Special shout out to Kristi Heyer, who has run the 7 mile race each of the last five years. Each year Kristi is the top fundraiser at this race – this year she raised over $1,000 for Aldaview Services, Interfaith Community Counselling Centre and Wilmot Family Resource Centre Inc.

The 7mi race also features a hill sprint prime, from the bottom of the Bell Media communications tower hill – to the top – and back down again, with the fastest male and female being rewarded with a free pair of Saucony shoes. This year winners of the hill sprint prime were Jonathan Fugelsang and Vicki Zandbergen.

This was Run Waterloo’s first foray into the world of multi-sport competition. We received lots of positive feedback from the athletes today and we thank you for your support! Despite being the inaugural event, some super fast times were set down today that are not going to be easy to beat in the future:

Huge thanks to our multi-sport advisory group – Jan, Jeremy, Jessica, Luke – who found time to participate or volunteer in the pouring rain. Special shout-out to Ted and Colleen from Wheels on Peel and from Triathlon Ontario for the guidance and support!

Rain held off during the race. Impressive spirit by all duathletes. Well done those who placed – and so proud of Paul: 1st in the Master’s Division! Thanks @RunWaterloo! pic.twitter.com/XGQqO1yUL5

Thank you @RunWaterloo for such a great event. The New Hamburg Pub Runners had been an amazing day. Your events are fantastic. See you at Ribfest or sooner!! pic.twitter.com/kKfSkYYdxh

There were a few changes to the Boost leaderboards today, notably Aidan Rutherford took over top spot in the Male Under 40 demographic, while Dave Harmsworth regained the lead in the Male Over 40 (he was previously leading after Laurier Loop). Check out full Boost standings and the new time travel feature here.